Take a look at maps of the world before and after the age of imperial colonialism and you will  notice a stark contrast. Before colonialism boundaries were largely amorphous, curved and fluid; after they were rigid, straight and intransigent. At the turn of this century the lines that cut the globe also separated people, languages and cultures providing the touch-paper of conflicts that we see today, everyday…

In the language of geopolitics the work of power brokers, surveyors and cartographers of the late 19th century provided underlying tensions that today form the basis of global shatterbelts -regions caught between stronger colliding external cultural-political forces, under persistent stress, and often fragmented by aggression. 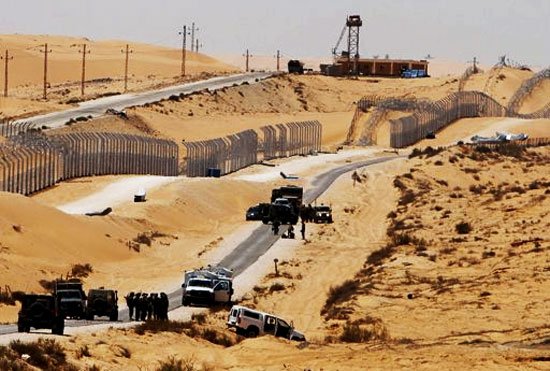 A good starting point for any investigation of the origins of conflict is to look at who gained, and who lost, when the modern day borders of conflict zones were delineated. In 24 short, turn of the century years (1884-1919), the borders of  Israel, Palestine, the Middle East, Afghanistan and Africa were sliced up (not to mention the formation of Yugoslavia in 1914 and Northern Ireland in 1921). In each area the story seems to be the same; little or no regard was paid to the native peoples:

The Middle East. The Sykes-Picot agreement of 1919 between Britain and France carved out the borders of today’s Middle East. All of the countries demarked by these lines have endured wars, dictatorships and uprisings: Syria, Lebanon, Israel / Palestine, Jordan, Iraq, Egypt. The agreement was kept secret and disregarded previous understandings between the British and Arabs to establish a pan Arab Kingdom. Double dealing, it seems, was a self-legitimatized strategy in a time of rapidly expanding and contracting empires. The deal set up the protectorate of Palestine whilst the Balfour agreement (1917), became a precursor to establish the state of Israel in 1948. 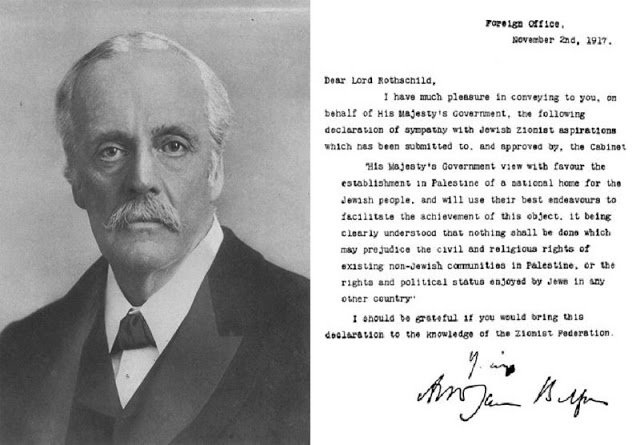 “His Majesty’s government view with favour the establishment in Palestine of a national home for the Jewish people, and will use their best endeavours to facilitate the achievement of this object, it being clearly understood that nothing shall be done which may prejudice the civil and religious rights of existing non-Jewish communities in Palestine, or the rights and political status enjoyed by Jews in any other country.”

Afghanistan / Pakistan. The Durand Line (1893) was established by Mortimer Durand, Foreign Secretary of British India and Afgan Amir Abdur Rahman Khan. It split through Pasthun tribal lands with total disregard for a culture and people in who’s soil the current Taliban grew. To this date the Taliban do not recognize the legitimacy of the line, nor, it seems does the current Afgan leader Hamid Karzai, who it is alleged, said the line denotes: “A line of hatred that raised a wall between the two brothers.” In Islam, it is argued, there are no boundaries between brothers. The Pastun people remain the largest tribal based society in the world. 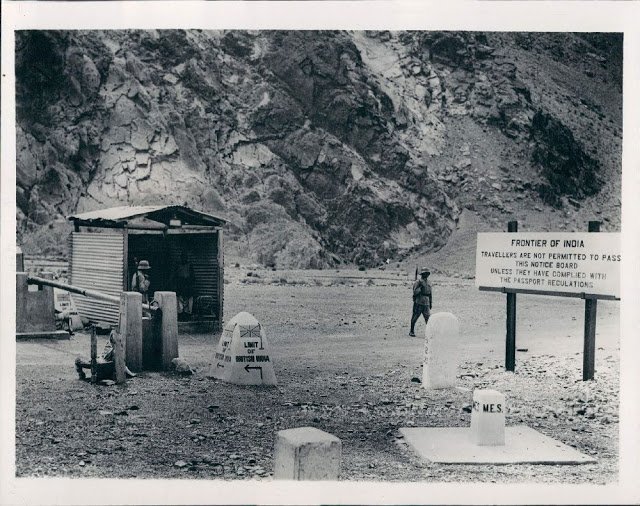 Africa. The Berlin Conference (1884-1885). Fourteen largely European superpowers divided Africa into fifty irregular countries. At the time of the conference 80% of Africa was under  traditional native control yet the brutality of these lines ignored underlying geographies of tribe, language, landscape and culture. Article one of the agreement reached in Berlin read:“The trade of all nations shall enjoy complete freedom.” 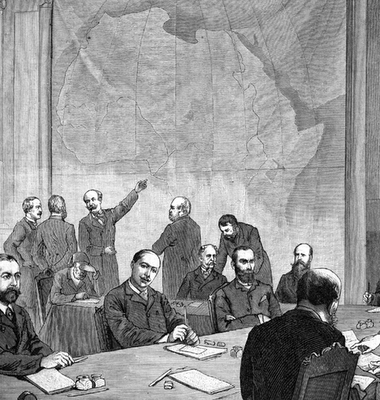 The Berlin Conference. Called together by Bismark

Borders defined which power had rights to what resources; and, make no mistake, there were always resources at stake. Our current thirst for oil is no new phenomenon; it’s craving defined the first and second world war battlefields of North Africa and the Middle East. To this day the never ending search for metals, minerals, natural resources and cheap labor continues…with the backing of hundreds of free trade agreements.

It’s observable that most modern states originally defined by the cartographers of colonialism have gone on to be characterised, at some stage, by corruption, dictatorship and cronyism. What were once tribal lands, city states or Kingships became overlay-ed, often overnight, by dislocating centers of power. This accession, by it’s very nature could explain the creation of grandiose dictators and pliable puppets who’s use of power often went without reproach.

With this story in mind, in the coming weeks, I will travel to Afghanistan. A place where, tribal culture clashes with western civic culture. A place where all the competing forces of development, geopolitics and religion collide. A place to take an opportune moment to witness life, in a shatterbelt.