The Forecast From Irish Waters 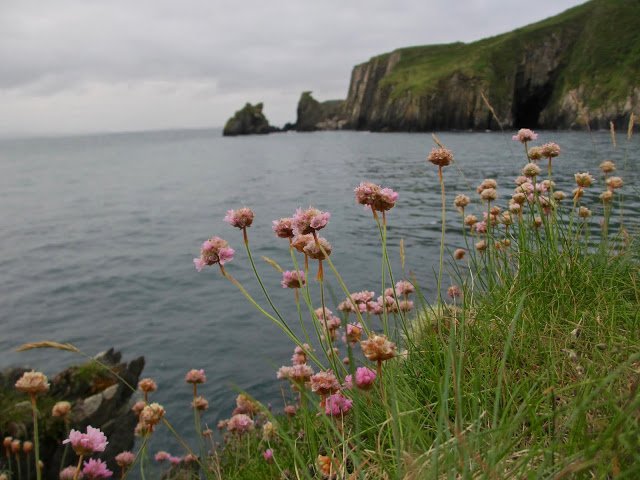 When we sailed into the North of Ireland, rather than Northern Ireland, and drove across the frictionless Northern Irish border into Derry, the only sense of leaving one country for another was switching from Euros to Sterling.

Northern Ireland voted to remain in Europe, in the referendum, by a majority of 56% to 44%, and ever since then, the UK Government has subdivided itself like an amoeba over the means to manage the border. Exiting solid city walls, built by the Brits in 1613-19 we entered the Bogside, passing the famous “You are now entering Free Derry” sign, etched on the remains of terraced housing dating from the days of the troubles. Over tea, Derry community worker, Graham Darragh, suggested Brexit might scupper not because of ineptitude, but because back before Boris’s oven-ready deal, he foresaw no practical solution, technical or otherwise, to maintaining free passage across the Northern Irish Border.

From the vantage point of the sea, however, no political obstacles obscured the horizon. The mountains of the mainland undulated in smooth curves as they would in a child’s drawing. In point of fact Ireland could be called ‘Irelands’ because although there is one central landmass, the West Coast is an extensive archipelago of islands and inlets. Moving through the rounded rocks and cliffs of the extremities gave an illusion of removal from the world, but not from modern civilisation. We sailed by old white cottages and ruined stone settlements neighboured by slick ultra-designed houses complete with jetties, acutely angled roofs, and walls of glass. We were circumnavigating the very edge of the European Union – and it showed. As we sailed south towards Galway, investment manifested itself in dramatic building developments. Trade grew ever more visible along the shoreline. The dynamic combination of a booming deregulated economy, low corporate taxes, limited planning regulation, second home-ownership, and remote working has stimulated a dramatic level of development up and down the outer edges of the archipelago.

The Celtic Tiger has roared, coughed, and is roaring again. During a contemporaneous trip to Ireland the managing director of the IMF, Christine Lagarde remarked: “Clearly the sun is shining on the Irish economy.” Our view from the sea revealed that same sun shining on new buildings, modern railways, motorways, bustling tourist-facing enterprises and high-tech industries, all built since the ’90s. During my last visit, back in 1994, there was only one motorway out of Dublin,  and that ran out of tarmac at the home of the Taoiseach. Today the Taoiseach has declared a household income of 100,000 can no longer be considered affluent. Back in ’94, the seeds of today’s success were being sown. In a faded Irish Times of the day computer company Dell announced the expansion of it’s only manufacturing base outside of the United States. “Ireland, Mr Dell said, “Offers us lots of advantages.” Moreover, this ‘open for business’ attitude has expanded to make regional parts of today’s Brexit Britain, such as pockets of my own North East England, look like a backward, austerity- struck cousin. In Gateshead, libraries have closed down, in Cork, they’re hiring staff. Forty-five miles of ocean apart at their most; two separate worlds.

“German money, look what we’ve done with German money!” said Businessman David Foyle, of the boost given to the Irish economy when it joined the Eurozone via the EERM in 1999. Behind him, in the mouth of Galway harbour, scrap metal was being loaded on Lisbon-bound boats, while an imposing state-funded, EU supported scientific vessel – The Celtic Explorer – crammed with gizmos and gadgets saluted the town ’s excellence in marine science research.

When we make landfall at our final southern destination an archetypal white-bearded lobster fisherman, named Paddy, started bantering as soon as we set foot ashore. He fills a bucket full of fish for us. “There’s probably a bottle of wine in it for me,” he says, stuffing in a few extra crabs. Some days later I take the hint and take him a bottle of wine. He’s full of funny stories filled with f-words. Europe, however, is no laughing matter; to him, it’s meant ruin. Industrially sized trawlers from Europe out-competed his small boat and left him floundering for his traditional catch. Of the day the Irish fisheries minister made the deal with the European Union, Paddy tells me: “We spent a 50 pounds to make a single pound back.”

At journey’s end, I part waves with Paddy, and my crew, and take a train across the dry summer fields to Dublin where I switch to a jam-packed Belfast bound commuter train. The buzz of busyness and business clashes with the slow and steady progress of sail. But that’s a small irritation compared to the politically induced fears running through the smartphone stories of the suited city workers crossing the friction-free border, into a future far from certain.