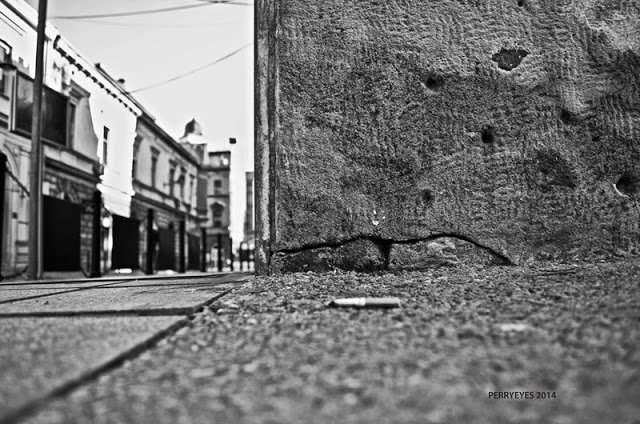 One hundred years since that fateful day when Gavrilo Princip stepped out of a sandwich shop and saw the car of Archduke Franz Ferdinand make a wrong turn onto the street corner at which he stood, Sarajevo remembered in its own, sometimes contrary way.

Two shots took the life of the leader of the Austrian Hungarian Empire along with his pregnant spouse Sophie. Retribution was inevitable – the pretext for conflict was already set – and one month later the wounded Empire made it’s move, in league with Germany, on the Serbian Republic that had been complicit, through its intelligence services, in executing the assassination. Five days later the British Foreign Secretary Lord Grey – younger brother of Prime Minister Earl Grey – uttered the phrase that has come to encapsulate the outbreak of world war one: “The lamps are going out all over Europe, we shall not see them lit again in our life-time.” Later, exactly five years to the day, the Treaty of Versailles was signed, in the meantime, 40 million lives had been extinguished.

The street corner where the shooting took place was flooded with tourists, historians, writers, journalists, history enthusiasts and a group of Christians singing songs. A candle near the spot spilt yellow wax onto the road, where red blood was once spilt. Strangers spoke of the events of one hundred years previous; an Austrian delegate of the Bosnia Herzegovina Society greeted me with a salute and warmly chuckled at the former enmity between our respective nations. Internationals excitedly debated the exact time of the shooting: was it 10:30 or 11:00? It was 10:45 with the pronouncement of death at 11:00 – according to the authoritative voice of the American University of Kosovo’s Dr William Wechsler.

At that very moment people were posing for photographs on the supposed spot from where Princip sprang – supposed because there were different versions as to which side of the corner he stood. An actor clowned shooting at cars with a plastic water pistol to make a few bucks. A black cavalcade of dignitaries swept past the spot hiding behind darkened windows –remarkably more protected than the Archduke before them. A copy of the original car with a young couple playing the parts of Ferdinand and Sophie was surrounded by a frenzy of photographers. Everything seemed spontaneous – “like the country itself” – reckoned Hungarian journalist Gergeoi Berco. What’s for certain is that the timing of the shooting at this ‘corner of consequences’ was partly down to a string of seemingly spontaneous coincidences that set forth events that fundamentally changed the course of the twentieth century. An elderly American amateur historian shared his opinion on the passage of time since then: “We haven’t learned anything.”

As the Vienna Philharmonic Orchestra prepared to play to an audience of dignitaries including the Presidents of Austria, Croatia and Bosnia-Herzegovina, Montenegro and Macedonia a small crowd of protestors peacefully made their opinions known of the amount of money spent on the occasion. “You spent two million euro. For what?” read their sign. Activist Ines Tanovic of Plenumsa gave an alternate view on the expenditure:
“We are trying to dignify our city by doing this… there are half a million unemployed, there have been the worst floods since records began…spending two million is shameful… they stay for two days then go away,” she said. Of the politics at play in Bosnia she continued: “The political elites on all sides have destroyed us more than the war. It has been the same story for twenty years: they use nationalistic indoctrination to split us.”

Further down the same road the Archduke took another group were making their protest by clowning. Two girls dressed as pink mermaids mouthed like fish when people asked what they were doing. We asked a guy dressed as a clown if they were protesting by taking the piss out of the bigger events: No, he said, “More like shitting on them.”

People take differing views on Gavrilo Princip: to some he is a hero to others a villain. I saysome because nothing here is as black and white as the Serb v others narrative portrayed in mainstream media: this oversimplification reinforces stereotypes. Like everywhere in the Balkans history is reviewed and rewritten through differing identities. In some Serbian quarters the atheist assassin has become an Orthodox Christian Martyr. Through Yugoslav Communism the same man turned from Serb Nationalist to a heroic figure of Pan-Yugoslav unity who stood against an imperialist foe. To some non-Serbs, he was a terrorist who turned the tide on an Empire that had brought innovation including electric lights and trams; West European architecture, education &  culture.

Whatever the politics of Princip or of the money spent Sarajevo can give itself a warm pat on the back for its celebratory performances.  The Vienna Philharmonic played a powerful selection from Hapsburg days including Haydn’s Emperor Quartet. After dark, as the mosques emptied after ethereal Ramadan prayers, a theme of love, separation and reunion ran through a spectacular show of light, music, dance and emotive imagery from the Latin Bridge opposite the assassination spot. Friends hugged and sang sweet lyrical songs, the city itself – despite different takes on the day – felt like it bonded, like it gave itself a hug. A red heart hung high above the gathered crowds and the word love floated by on screens. If there was a single message to send to the world from Sarajevo one hundred years on perhaps it was the title of one of the songs the crowd so enthusiastically sang: “I believe in Love!”

Collected while staying at the highly recommended hostel in Sarajevo: http://thedoctorshousehostel.com