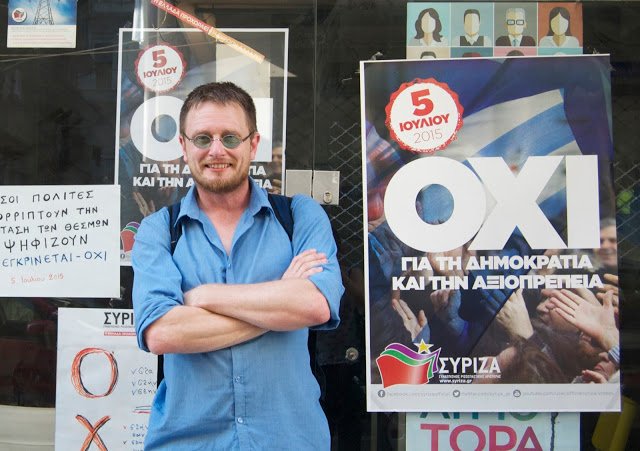 Only eight months ago the people of debt-ridden Greece were asked to vote in their own EU referendum. Their issue was whether to accept a bail out deal offered by the so-called Troika. Their question: “Should the draft deal put forward by the EU, ECB & IMF, be accepted?” Was not as straight forward as the one facing the British public: “Should the United Kingdom remain a member of the European Union or leave the European Union?”

But stakes were portrayed similarly – as a knife-edge decision between being in or out of the EU. If Greeks voted NO the threat was they would be cast adrift with a return to the Drachma or, at the very least, a German engineered time-out from the union. Despite a NO vote of 60%, rejecting the terms, the Government of Greece accepted tough fiscal conditions and stayed in the EU. So what would an-albeit unscientific sample of Greeks think of the Brits leaving?