What staggers me about the American landscape, beyond its beauty and scale, is our ability to read it, no matter where we come from.

It all seems, somehow, familiar.

On a personal level, the epi-centre of that cultural influence is song, but it may also include literature, cinema, art, photography, and that most commercial of American activities, advertising.

Like many of us, the landscape of my imagination was filled with the USA long before traveling there. Most vividly beginning with images buried within the songs of Bruce Springsteen, Bob Dylan and Tom Waits; before digging deep to unearth gold in their influences and the people they influenced, in the sounds of Folk, Jazz, Blues, Country, Rock n’ Roll and Rock.

The list of influences is inexhaustible but could include: Woody Guthrie, Muddy Waters, Lightning Hopkins, Chuck Berry, Charlie Parker, Hank Williams, Jimmie Rodgers; JJ Cale, Little Feat and The Band. And it was all brought home through the “Where the Delta meets the Tyne” creations of Mark Knopfler, the Celtic soul of Van Morrison and the music of countless others.

From this enormous reservoir of imagery wide-screen-snap-shots of striking cinematic potency burn into the imagination: 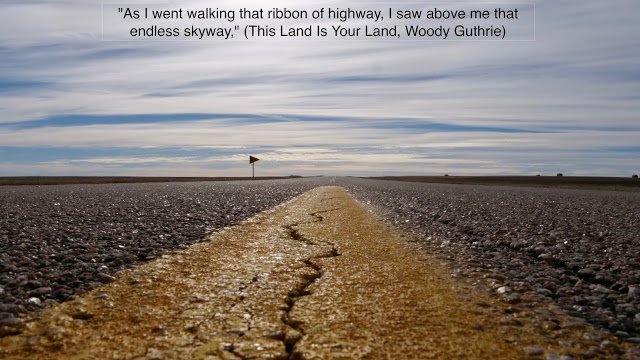 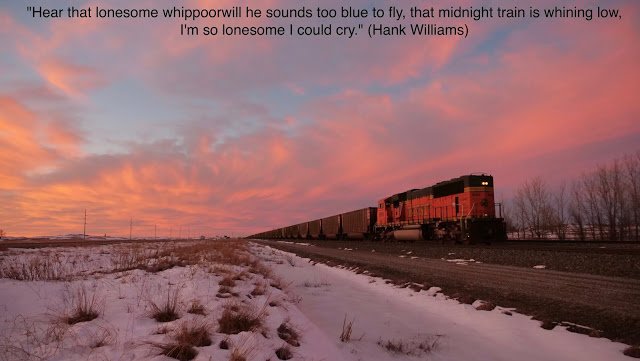 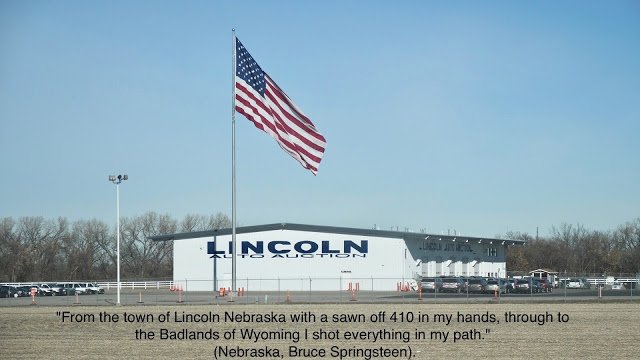 Song lyrics such as these provide anchors, reference points in landscapes, song-lines that stir the soul to the extent that you may even wish to see the places for yourself!

Taken as a whole the American songbook might inspire the urge to get your kicks on route 66, take everything down to Highway 61, make your way to sweet home Alabama, sleep in the desert tonight, roam a thousand miles of track or call long distance information from Memphis Tennessee.

The railroads Woody Guthrie rode, the roads Springsteen ran down, the road-weary downs Hank Williams lamented, are just some of the wellsprings of songlines that overlay the American landscape today. It is a geography often older than the lyrics themselves, yet indelibly marked by the streams of songwriters who have passed through it, soaked it up and sung it-on-out.
In a way the songlines these writers leave behind reveal themselves in stark physical form at night, long before the blue-pink aurora of sunrise, when nothing passes your car window but fleeting starlight shadows. Across the length and breadth of America, square mile after square mile, the red flashing lights of radio network towers blink unceasingly, beaming sound waves first recorded firstly on wax, then acetate, vinyl, tape and digital across a continent and out to the world.
It is truly an extraordinary business.
A business that brought and still brings, music to our ears. It’s sobering to think that without the means of American economic success – the melting pot of immigrants and influences, the inventiveness, the mass markets and the wide-open space for expansion – we might never have heard a single song about the message of love the Bluebird brings, Basin Street Blues, or Big Fun on the Bayou.
This post was inspired by a 4,630 journey through some of the central states of the Midwest:
Categories: Blog